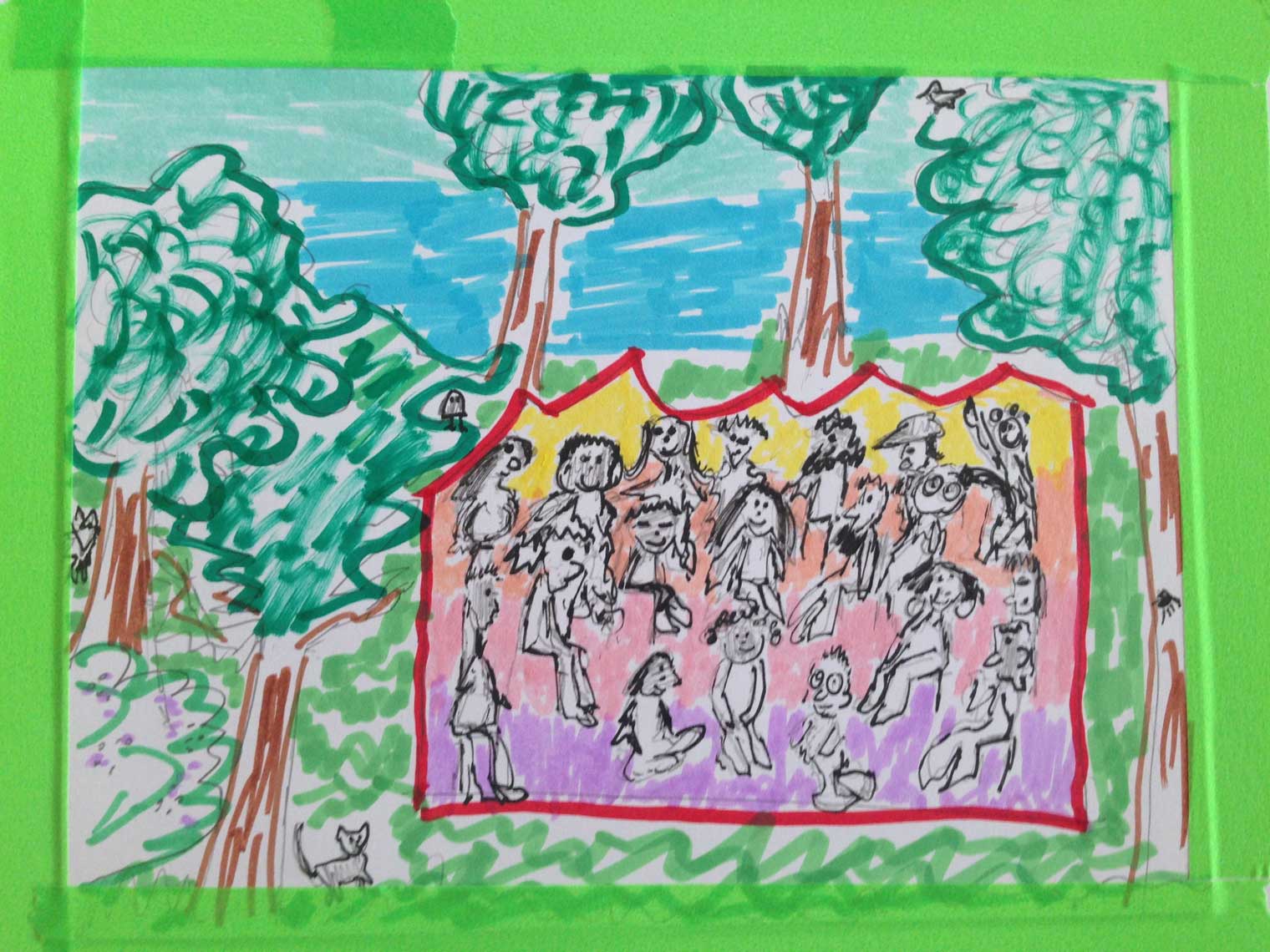 bodies of knowledge (BOK) is a place for people to learn from each other. Things one usually does not learn, told by voices who are not always heard, from different parts of society and the world. In BOK we try to exchange knowledge that could potentially nurture a more just and humane society. It’s a room for listening, questioning, connecting. BOK welcomes life experts rather than professional authorities.

BOK is a nomadic class-room, shared amongst co-learners. It can be found in different public spaces. BOK is a place for the exchange of non-dominant, underexposed and/or suppressed knowledge. It's intergenerational and inclusive (by at times being exclusive). BOK suspends dominant visions on what knowledge is and how it can be exchanged, contributing to a society that is socially just, generative instead of exploitative and ecologically sustainable, in a world that includes the human and the non-human. BOK is a multi-linguistic and transcultural place with a poly-centric world view and alternative, embodied learning as connective tissue. In BOK we try to speak from positions we are maybe not necessarily used to speak from and try to subvert the usual order in which voices are being heard. BOK is a polyphonic room for questioning, for learning to learn from below, where we are open to different kinds and forms of knowledge and we all know that we don't know.

BOK functions both as a platform, a meeting space and a tool. BOK is a community of people. In BOK we refuse the detachment of the known from the knower, and suspend the division between mind, body and world. BOK can host in between two and twenty people – with possibilities to shrink and expand. A public program is proposed, composed of and shared by different “bodies of knowledge” living in the area where BOK is residing - some months for each location. Formats diverse between conversation circles, storytelling, workshop, play, listening sessions etc. Every one can propose and every one can attend, following BOK'S “set of intentions”. BOK is organized collectively. Depending on the locations, BOK collaborates with different social partners, organisations and individuals.

BOK had its first experiment phase and public learning day during summer 2019 in Manchester. From september 2020 until December 2021 BOK could be found in different public spaces in the city of Brussels.

In times of lockdown during COVID-19, BOK tent transformed into BOK à pied: a peripatetic school with local bodies of knowledge, proposing learning walks in pairs or small groups.

Special editions of BOK took place during Kunstenfestivaldesarts, in collaboration with highschool students (BOK-phone) and in Kaaitheater (the Big BOK Multipliaction)

Since spring 2022, BOK is being re-created in other cities by local BOK collaborators who translate and transpose BOK to their own context, with local bodies of knowledge. In this process they are being guided and supported by the Brussels Bok team.

Some of BOK’s questions: How to survive with little money? How to know more and remember better? How to use your hands for healing? How to combine social engagement and entrepreneurship? How to be less afraid? How to raise our kids in a feminist way? Could we learn something about your family history? How can I dare to speak up? How to be a good ally for social justice? How to live an erotic life? What are interesting alternatives for representative democracy? From whom should we learn? Do you have a life-experience or life-story you would like to share? Could you speak about certain parts in this city or in this country or in this world that we don’t know enough about? Do you sometimes think you don’t know anything? What is a moment of learning you will never forget? Could you speak about certain periods in world history that should get more attention? What would you like to unlearn? Etc. (This list is based on actual desires for knowledge people have and shared with us. Extensive list available here. The growing BOK "corpus" of embodies knowledge can be found here.)

BOK is part of a long-term research by Sarah Vanhee, which she shares in publications, lectures, workshops, conferences etc.